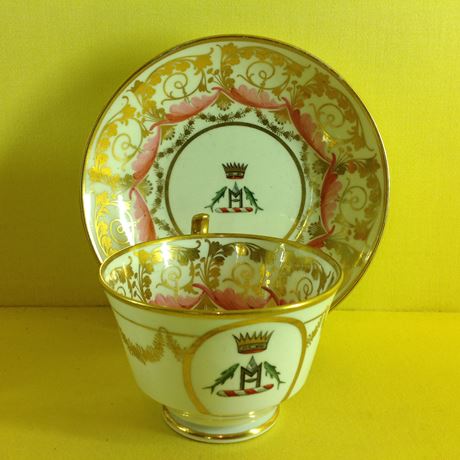 Literature:
See Leonard Whiter, Spode, figure 162, for an ice pail from this service, captured by The 9th Lancers after the siege of Lucknow, the King having been on the losing side in the Indian Mutiny

A rare Spode London Shape tea cup and saucer, from the King of Oudh Service, painted with the crest of a katar, with fish supporters, within a broad pink and gilt leaf scroll and tendril border, circa 1815-20, script Mark in red

From a service ordered by The King of Oudh, the Katar crest representing a dagger of Mahratta origin